Check out these great local authors

Local author Hugh Carter under the pseudonym of A. K. Knight has written a new thriller – Terrorists – Our Ultimate Fear ($8.50)

Admiral Jeff Wright is an accomplished Navy man. His impeccable record of service and morals are beyond approach. Chosen by the president of the United States to implement and command the SCAT – Strategic Coalition Against Terrorists.  His mandate was to assemble a team of international experts to combat the never-ending threat by asymmetric terrorist n a global scale. – in particular those that have access to nuclear capabilities. He struggles with a dark dilemma. It is his ultimate fear and he know the deck is stacked against him, a nuclear attack by terrorist. An event in his hear he knows is inevitable. 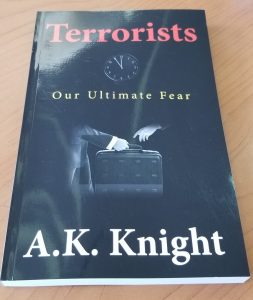 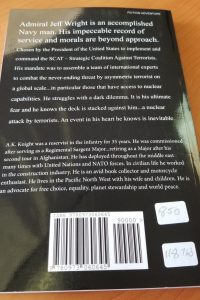 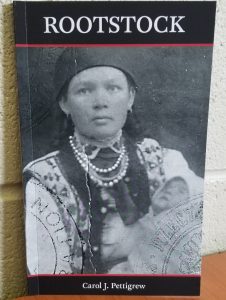 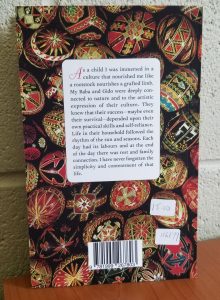 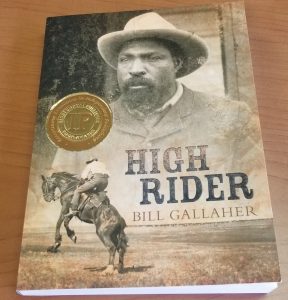 Bill’s eighth novel, High Rider, is the fact-based fictionalized account of John Ware who was born a slave on a rice plantation in South Carolina and through the sheer force of his will and skill at the cowboy trade became one of the most successful independent ranchers in southern Alberta. But there was much adventure on the long road that took him from South Carolina to Texas to Montana and finally to Canada. High Rider is a compelling story of a great Canadian. 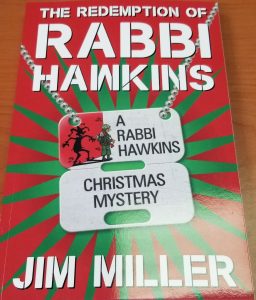 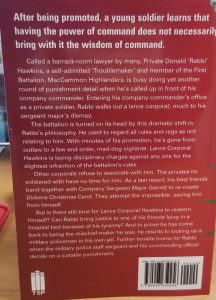 Madama Butterfly. The heartbreaking tale of love and loss. Even the non-opera-goers amongst us can name that one, and, if pushed, can probably come up with a close approximation of the story. A young geisha in turn-of-the-20th-century Japan falls in love and marries an American Naval officer. She knows the marriage is arranged, but thinks their love is genuine, so when he returns to America she waits for him. Three years later, he returns, but with his beautiful American wife in tow. Butterfly discloses that they have a son together. He and his wife offer to take the boy back to America. Butterfly kills herself. End of story.But… But… What about the stories around Butterfly. What about her faithful maid, Suzuki? Sharpless, the US consul who befriends the husband? And what becomes of Butterfly’s little boy that she prophetically called Sorrow? We meet them all in the opera, but only as fleeting glimpses. What of their lives? What of their pain?It’s the triptych of these three stories that are told here. The lives that surrounded, loved, and mourned the delicate Butterfly. The stories of Suzuki, Sharpless and Thomas. Knowing the depth and breadth of their lives and their relationships with our heroine and each other brings fullness to Butterfly’s life as well, and makes her story all the more tragic. 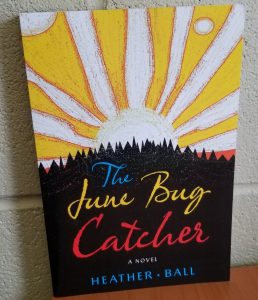 The June Bug Catcher is a novel about a young woman in search of herself. Emma Drei thought she had a sparkling future awaiting her. Her adoring fiancé seems keen to build with her a life of fulfilled dreams. That is, until an unexpected development throws a painful wrench into these plans, leaving Emma shattered. Yet, life can turn on a dime, as Emma learns when she makes an impulsive decision to leave her native Victoria, BC, home and seek a fresh start in Australia. Her bold move Down Under delivers all manner of unexpected pleasures to her reinvented life, including friendships, romance, and a new appreciation for God. Here is a story about second chances, and the way a new life can rise out of the ashes of lost opportunities. Journey with Emma into enormous adventures in a spectacular physical environment, exploring the fresh bliss found as much in her relationships as in her faith.

Mei-Li Lee is a first generation Chinese-Canadian. Her father immigrated from China to Canada at the beginning of the twentieth century and was forced to pay the discriminatory Head Tax. Her mother did not leave China until 1948 when the Exclusion Act was repealed and less restrictive entry of Chinese into Canada permitted. Potlatch Blanket for a China Man is Mei-Li’s debut story. She lives with her family in Victoria, BC

Robert’s new book Under a September Moon is the final story of the trilogy that started with The Boys from North Dakota and The Boys of ’63. The first two stories were a blend of fiction and fact about Randy, Gerry, Art and Robert in their teen years. Robert felt that carrying this relationship forward into their adult lives would be a good way to end the trilogy. 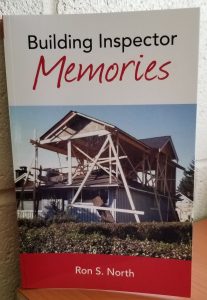 What’s It Like To Be A Building Inspector. Read About The Funny, Scary Or Just Plain Weird Things That Happen To Inspectors. 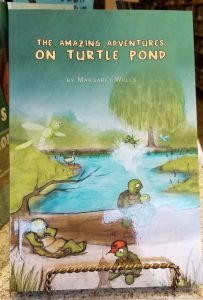 Margaret Wells – The Amazing Adventures on Turtle Pond ($10.00 each) 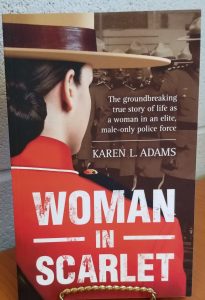 An inspirational memoir of one woman’s 28-year journey from aspirations of becoming one of the first female officers within the fabled Royal Canadian Mounted Police, to overcoming the harsh realities of discrimination, injustice and personal violation. 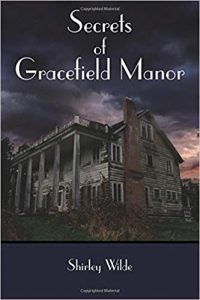 An account of the history of the Grace House on Duke Road.

What is a Southern Plantation Colonial doing in a rural area just outside Victoria, BC in the Municipality of Metchosin? This house, and the original owners, have been a mystery to many people since it was built in 1942–43. Who were the people that built the house on 74.5 acres of sea view property? Were they really Americans from Chicago? What was their background (history)? Were they a wealthy family fleeing from Chicago, a city that had a long history of organized crime? Gracefield Manor has been a house of great interest since it was built. In later years it has been referred to as “The Haunted House” because of its rundown condition and the overgrown fields. The condition of this house sent a message that no one lived here but Mrs. Grace did. This old house has been restored by the current owner, who is the second owner, and who won an award from the Heritage Society for restoring the house and returning the land to a working farm. Gracefield Manor is listed as a Heritage House in the Municipality of Metchosin, BC. It is the private residence of the current owner.

The secret to complete human understanding and world peace may be as close as the ocean… It’s a technology with infinite possibilities. DJ Parker, billionaire developer of a proprietary artificial intelligence program, is on the cusp of cracking the miracle code that can usher in a new age of human progress. Amazingly, the technology is ancient, held by a group of beings that have been around for fifty million years: cetacea–species of aquatic mammals including killer whales. But Parker quickly learns he has dangerous enemies including a Russian conglomerate tied to the Kremlin which is seeking the research for its own nefarious purposes–and which will stop at nothing to get it. With DJ’s life in danger and the forces of evil seemingly everywhere, the fate of humankind is up for grabs. A page-turning philosophical thriller, “Lost Frequency” confronts animal rights, human nature, artificial intelligence, and the perils of technology turned loose.

From the Sublime to the Ridiculous, Meet Charlie Stillwaters. Armed with only his wits the shaman ends up battling sasquatch, native legends, and spiritual beings. Being crazy comes withe the job. When you’ve seen and experienced what he has. 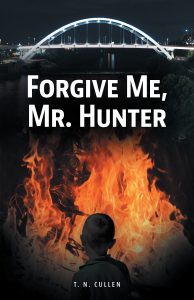 Axel spends his days pedaling around his neighborhood, secure in the knowledge that his watchful and caring mother is always looking out for him. As a four-year-old, Axel’s whole world fits in the span of his neighbourhood. The highlight of his daily routine is visiting Mr. Hunter, who always lets Axel help with his handyman projects, kindly and patiently taking his suggestions and sharing words of wisdom.

Axel’s life is carefree and simple. He feels like it could go on forever like this until his carefully thought-out plan to do something good ends in disaster. Young Axel’s simple, happy life is torn apart and changed forever. Daily reflections, guidance, and sound advice from a top trainer and competitor.Confused by your canine? Monique Anstee believes we have made dog training much too hard, when it really is very simple. Anstee teaches you to think differently, which will help you get out of your mind and into the moment.Monique Anstee trains dogs kindly, but effectively, and her clients love her for her honesty. 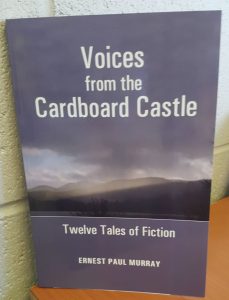 Ermest Paul Murray was born in Ottawa Ontario, raised in Gatineau  Quebec, and resides on beautiful Vancouver Island BC, where he is currently working on his next short story and poetry collection. 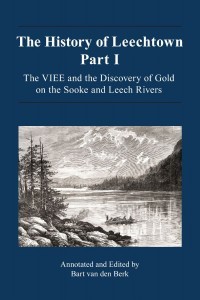 Bart van den Berk – The History of Leechtown Part I: The VIEE and the Discovery of Gold on the Sooke and Leech River $22.00

The History of Leechtown is a comprehensive look at the area up to 1864, when gold was discovered on the Sooke and Leech Rivers by members of an exploration group. Times-Colonist Newspaper article November 23, 2014

Patrick Walter Herzog – From the Mist – A Life Restored by Nature $24.95

From the Mist – A Life Restored By Nature is a story of hardiness, faith and renewal. And it is tangible proof of the undeniable healing powers of nature. We now have local author Brianna Snider’s new book Women at Sea. Captivating stories that highlight the struggles, bravery, and achievements, of women in a non-traditional world.

Medicine Wheel Education presents 5 Children’s Books which are Beautiful, Inspirational and Educational. All their books are authentic as they are written by or approved by First Nation’s individuals. George Mercer is a former Gulf Islands National Park Warden and Vancouver Island-based author. Dyed In The Green is part of a six book series about national park wardens and their exploits with poachers, developers and bureaucrats. Initially set in Cape Breton Highlands National Park, the “Dyed In The Green” series will follow main character Ben Matthews, across Canada with the second book set in Wood Buffalo National Park (northern Alberta and the NWT) and the third and fourth books alternating between Jasper National Park and an African national park. Book Five is based in British Columbia’s Southern Gulf Islands and the final book in the series will come full circle and end in Newfoundland. These books are works of fiction with elements of mystery and suspense, set in some of our country’s most iconic special places.