Joanne’s Pick – No Exit by Taylor Adams. A kidnapped little girl locked in a stranger’s van. No help for miles. What would you do? Darby Thorne is a college student stranded by a blizzard at a highway rest stop in the middle of nowhere. 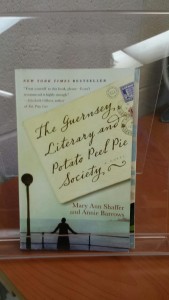 Joanne’s Pick – Three Days Missing – It’s every parent’s worst nightmare: the call that comes in the middle of the night. When Kat Jenkins awakens to the police on her doorstep, her greatest fear is realized. Her nine-year-old son, Ethan, is missing—vanished from the cabin where he’d been on an overnight field trip with his class. Shocked and distraught, Kat rushes to the campground where he was last seen. But she’s too late; the authorities have returned from their search empty-handed after losing Ethan’s trail in the mountain forest.

Joanne’s Pick – The Child Finder. Three years ago, Madison Culver disappeared when her family was choosing a Christmas tree in Oregon’s Skookum National Forest. She would be eight years old now—if she has survived. Desperate to find their beloved daughter, certain someone took her, the Culvers turn to Naomi, a private investigator with an uncanny talent for locating the lost and missing. Known to the police and a select group of parents as The Child Finder, Naomi is their last hope.

Sharon’s Pick – Child 44 Tom Rob Smith (2008) Stalin’s Soviet Union is an Official paradise, where citizens live free from crime and fear only one thing: the all-powerful State. Defending this system is idealistic security office Leo Demidov, a war hero who believes in the iron fist of the law. But when a murderer kills at will and Lea dares to investigate, the State’s obedient servant finds himself demoted and exiled. Now, with only his wife at his side, Leo must fight to uncover shocking truths about a killer-and a country where “crime” doesn’t exist.

The Secret Speech
The Soviet Union 1956: after Stalin’s death, a violent regime is beginning to fracture. It leaves behind a society where the police are the criminals, and the criminals are innocent. Stalin’s successor Khrushchev pledges reform. But there are forces at work that are unable to forgive or forget the past.